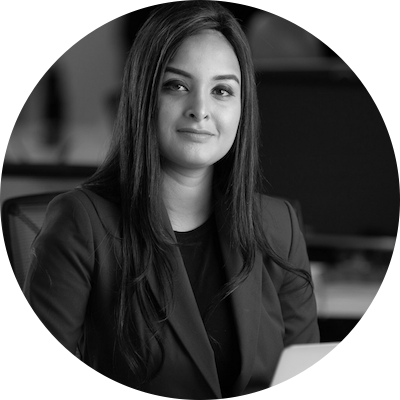 Fatima Zaidi is the CEO and Founder of Quill Inc. a full-service podcasting hosting platform and production agency that supports brands in launching their podcasts. She is also the owner of the Listen In Conference held in Los Angeles that supports brands moving into podcasting. As a member of the National Speakers Bureau, Fatima has spoken at various events around the world on media and tech trends leading her to keynote on world stages alongside speakers like Gary Vaynerchuk, and most recently Richard Branson.

She also teaches podcasting at the University of Toronto. In addition to being a commentator for BNN Bloomberg on the challenges that female and BIPOC founders face in entrepreneurship, she is a frequent contributor to publications including The Globe and Mail, and Huffington Post. Over the past few years, she has won two Top 30 under 30 awards, the Young Professional of the Year by Notable Life, Veuve Clicquot’s Bold Future Award, and one of Flare Magazine’s Top 100 Women. Fatima is the Co-Chair of the #Tech4SickKids council for SickKids Foundation & Hospital on track to raise $25 million with her team, and her career highlight is being on a panel with Beyonce's dad!